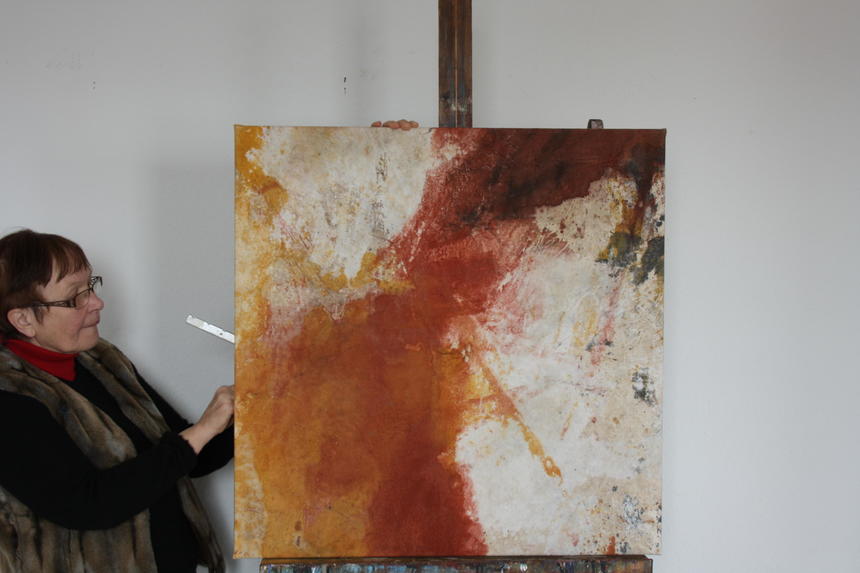 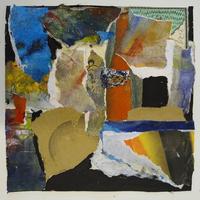 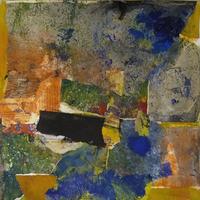 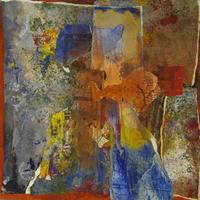 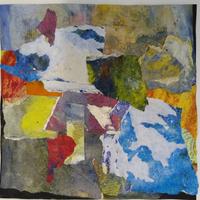 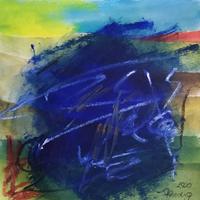 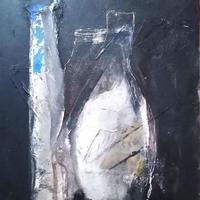 I divide my time between Germany, the UK and France, my travel inspires a lot of my work.
I draw constantly, my drawing informs and feeds all my work, however abstract or expressionist it might be.

Recently I have been looking at an entirely different way of drawing where I will, to quote Paul Klee, “take a line for a walk”. My ‘line’ though, is a stitched one, using machine embroidery to let the line do what it wants. Let the line run free. It is only when a drawing is done that I sit back and discover and unveil the story that the line is telling me and give it life, using colour and ink drawing.
The results are playful and profound, the line becoming literally the thread that joins the characters together in a world of storytelling and fairytale.

The work has been a departure and almost a light relief from my normal big abstract oil paintings. The small format gives me permission to play, and once started I could not stop discovering.
2007 – Master of Fine Art with merit Coventry University, UK
Selected Solo Exhibitions:
2016 Karl-Kaipf, Herbrechtingen, Germany

2007 Where I fell in love Galerie, Shipston, UK 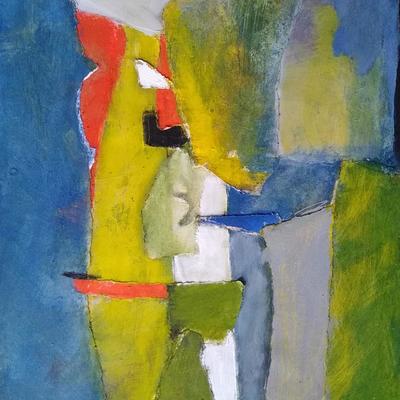