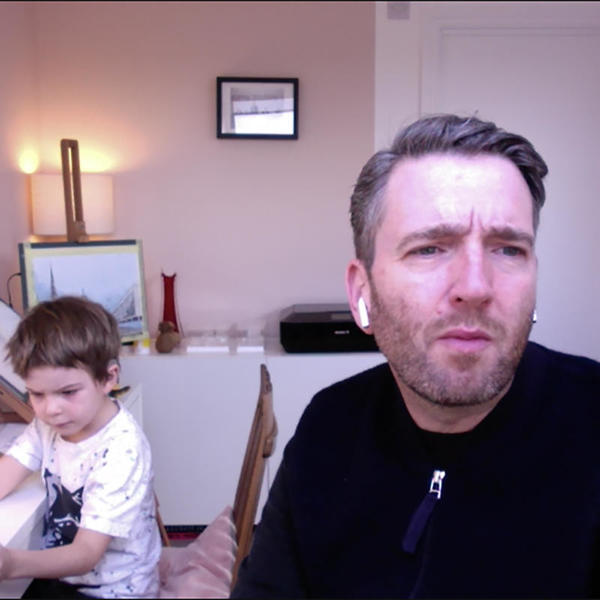 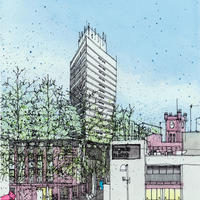 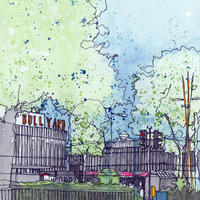 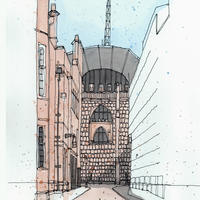 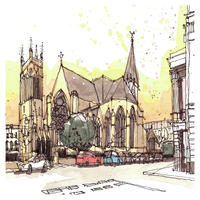 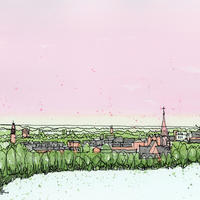 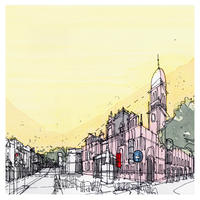 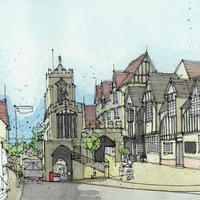 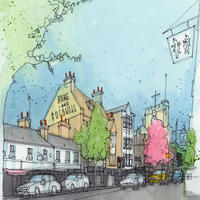 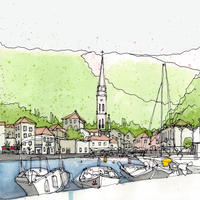 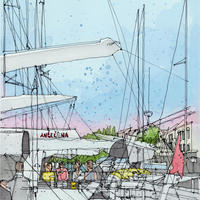 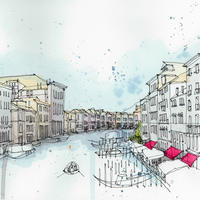 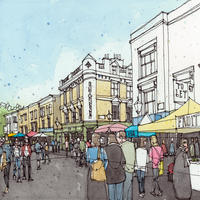 As an architect and lecturer, I am always drawing and thinking about both buildings and cities, so it is perhaps a natural progression that I have sought to draw and paint both in my spare time. I was born in Leamington and then moved to Coventry, and over the last few years have been recording a series of sketches of Coventry specifically, and its declining post war architecture but also of the surrounding Warwickshire towns.
During the pandemic, when people’s worlds became much smaller, visiting other places to sketch was much harder and the students I was working with online were visibly fatigued by both the situation and the confinement. I chose therefore to instigate a series of online virtual sketching sessions, using pre-recordings of other cities and have continued these sessions until recently. These sessions were an opportunity to remember that the world beyond still existed and to reaffirm the positivity and experience of foreign travel and observation through sketching. Many of the sketches I will exhibit at Warwickshire Open Studios will be taken from these sessions, as well as my continuing studies of Coventry and Warwickshire.
Contact Details:
@g.colleran on Instagram 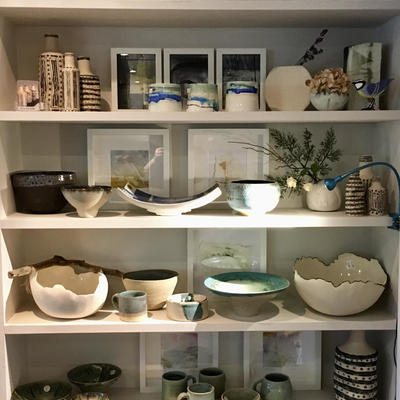